During our time in Estonia, Rein’s parents and sister arrived to travel with us around Estonia. We had traveled together in 2009 but only around Tallinn. This time we were to hire a car and see more of the countryside.

Tallinn
We did however spend the first week in Tallinn, catching up with extended family and checking out things we missed last time. This included a visit to the Occupation Museum. It was smaller than the one in Vilnius, and the building was its own unique design. It was very informative, with 25min videos covering 6 time periods of occupied Estonia from 1939 to 1992. We also visited the Bastion tunnels and the “Kiek in de Kök” tower. This translates from old Germanic as “Peek in the Kitchen” which is what the guards could do from the height of the Tower. The tunnels underneath stretch all around old town, with only 150 meters currently accessible to the public. 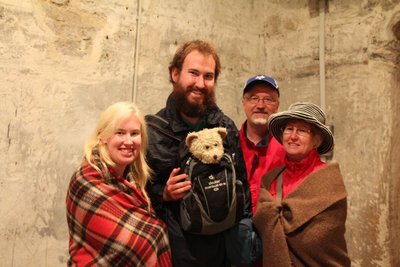 Kuresaare, Saaremaa
Arriving in Kuresaare, the capital of the island of Saaremaa we discovered a beautiful small town. Our accommodation was prefect, just a stone’s throw from the center of town and the castle. We spent the first night having dinner on top of the old town windmill. Then on our first full day we made the trek (an hour’s drive!) down the Sõrve peninsula, the far south west coast of Saaremaa and the namesake of the Estonian Children's Summer Camp in Australia! The coast along that part of Estonia is quite isolated; we only came across a few cars and houses along the way. When we arrived at the Lighthouse, there were more people there than we expected. The peninsula was rocky and along with the Lighthouse had a Military museum and a few old Bunkers. 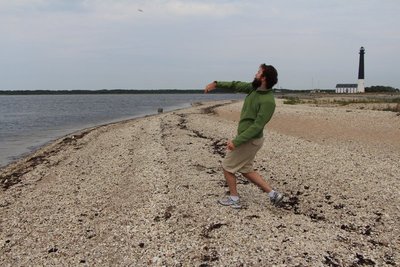 We had planned to visit the impressive castle of Kuresaare on our second day; however, Rein became sick and we missed out. Rein’s mum, dad, and sister still went and said it was fantastic, just means we have to go back one day and see it for ourselves. As we were leaving Saaremaa we did visit the Kaali crater, a group of 9 meteorite craters in the town of Kaali. They are over 4,000 years old and the largest one now contains a lake. 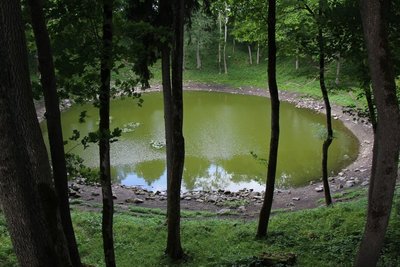 Pärnu
Rein was still quite sick in Pärnu so we rested up on our first day in town and then ventured out on the second day. We visited their beach, which is the most popular in Estonia. It was a nice beach but nothing like we have in Australia. No wonder people get into trouble in our waters at home as the water at beaches in northern Europe is so calm, very shallow and no rips. We also checked out Pärnu’s old town, although it wasn't much of an old town as the original town had long been destroyed and re-built in the 18th and 19th centuries. 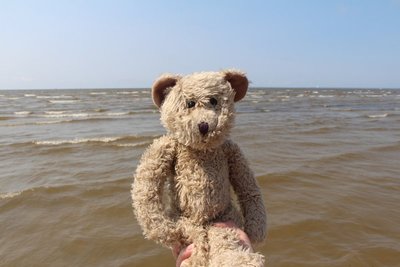 Viljandi
On our way from Pärnu to Tartu we visited Viljandi, where Rein’s grandmother once lived before Estonia was under the Soviet Union. Viljandi has a very impressive castle and monastery ruins that date back to 1224 when Estonia was under the Teutonic Order. They sit beside the beautiful lake Viljandi. During the Swedish and Polish wars in the 17th century the castle and monastery were extensively damaged and have remained pretty much in the same condition since then. More recently they have begun restorations works. 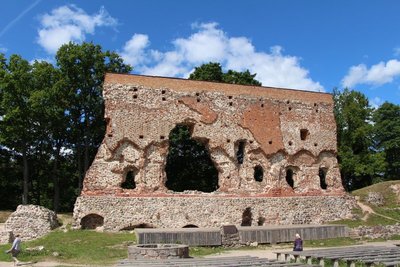 Tartu
Tartu, in South East Estonia is the countries University town. Tartu University was established in 1632, making it one of the oldest universities in Northern Europe. The town also has some great parks and streets to walk around. On one of these streets there is the leaning building in which when it was built the smart builders put one half of the building’s foundations on the old town wall rock and the other on wood. What happened over the course of time was that the wood begun to rot and sink thus creating the leaning building!
Another interesting building in Tartu is the ‘highest pub’. Initially we took this literally and thought they were claiming they were the highest pub geographically in the world (which surely wouldn't be the case!); however, they meant they had the highest ceiling at 10-11 meters (supported by a Guinness World Record). The pub is built in an old ammunition's store built into one of the bastions around the town. 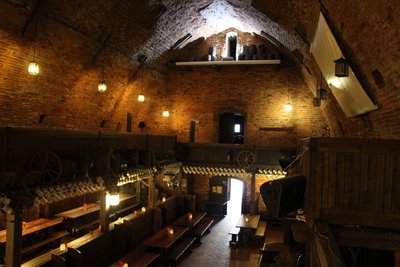 On our last afternoon in Tartu we ventured 100m down the road from our accommodation to the A Le Coq Beer Museum. A Le Coq was founded by Albert Le Coq (a Spanish guy) in London using the brewery in Tartu. In 1997 it was bought out by a Finnish company and produces many different drinks including long drinks and soft drink but is most known for it’s A Le Coq Premium Beer. We didn't really know what to expect from the tour as they started off telling us the museum was closed for renovations but then decided to take us on a tour as quite a few people had turned up expecting to get in. We went through the production part of the brewery, including a scary walk on top of the vats outside, just a lazy 35m off the ground with barley any railing stopping you from falling!! It was then into the museum to learn some of the history including an A Le Coq beer bottle found in a sunken ship that was 150 years old, with beer still inside! After learning a lot about production and history it was then time to taste the beer! (memory becomes hazy) 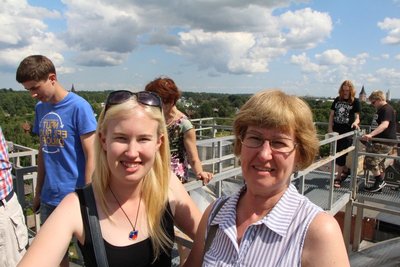 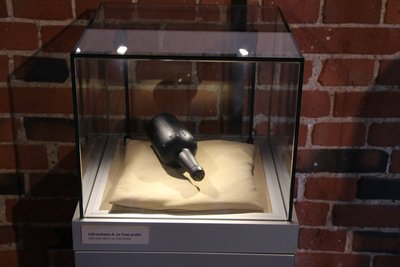 Rakvere
After a reasonably long drive by Estonian standards (we took the long way to visit the Peipsi lake that separates Estonia from Russia) we arrived in Rakvere where Rein’s grandfather was born. Rakvere also had a very impressive castle that we visited on our first full day in Rakvere. The castle, built around the start of the 14th century (although other strongholds had existed on the same land for a long time before this) was one of the most interactive themed castles we've visited. There were many courtyards, underground cellars, tunnels and walls you could get lost in. 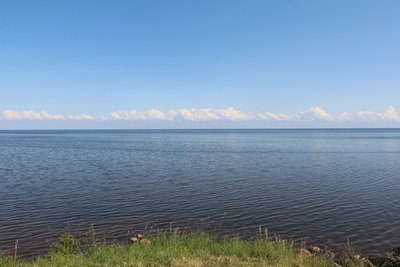 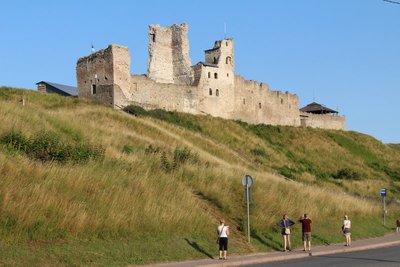 On our second day in Rakvere we drove to Lahemaa National Park on the Estonian north coast. We first made a stop at the popular beach spot (again nothing like Australia!) and then drove to one of the three manor houses in the area you can visit. We decided to go into Sagadi Manor which has a history that dates back more than 500 years. It had many beautiful rooms and immaculate English style gardens, not quite what you expect in country Estonia. There was also a Nature museum and Forest museum which were also very informative, however by this stage we were very tired and a little museum ed out. 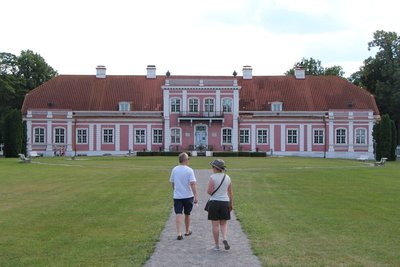 Then it was back to Tallinn for our final dinner and parting ways. It was a very enjoyable time traveling and catching up with our family. Would do it a third time. 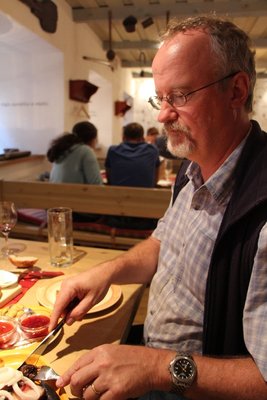 Dad &#38; I sharing a Sausage Platter

Posted by reinandleah 08:15 Archived in Estonia

Previous Next Table of contents

Great to read of your family adventures in the Estonian countryside,a real unique experience for you all. Love the photo of Jeanette & Megan & Henry having a dip. It was good to see Megan safely home. Always enjoy your blogs, look forward to the next one. Lots of love. CC

Thanks Grandma
Once again it was great to travel with them, and good to get out of the capital and see more of the country.
Love Rein & Leah

Comments on this blog entry are now closed to non-Travellerspoint members. You can still leave a comment if you are a member of Travellerspoint.

If you aren't a member of Travellerspoint yet, you can join for free.